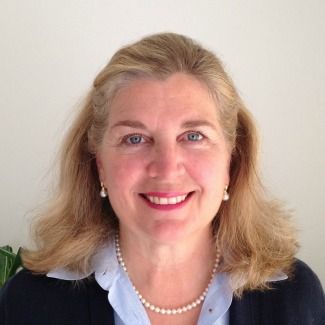 Dr. Kathy Martien Sullivan’s career as a neurodevelopmental pediatrician took root in a laboratory in the basement of the Garrett Building. She was in sixth grade and her class was studying the cardiovascular system. “It was probably the first time I realized that the human body was just incredible,” she says. “It started me thinking about becoming a doctor.”
Martien Sullivan, who practices under her maiden name, has spent three decades caring for children. She focused on primary care pediatrics for the first third of her career before redirecting her work to children with autism and other neurodevelopmental disorders. She recently left her clinical practice to concentrate on research that attempts to uncover the causes of and treatments for autism.

Martien Sullivan has just co-authored a paper that explores how endocrine problems dovetail with neurologic problems to cause autism. The study is slated to be published in Endocrinology, a prestigious journal. According to Martien Sullivan, this topic stems directly from her time at Bryn Mawr, specifically an advanced biology class taught by Linda McIntosh that she took during her senior year. For one memorable project, she applied varying concentrations of testosterone to fertilized eggs and then studied the impact of the hormone on the development of physical features in the chickens.

“I didn’t understand how informative and powerful the study was at the time,” she admits. Some 40 years later, she is still investigating the role of hormones in behavioral and developmental changes. “Of course, the whole cumulative experience at Bryn Mawr was important. But the truth is, that one course did have a huge impact on my life. It’s been remarkably influential.”
Back