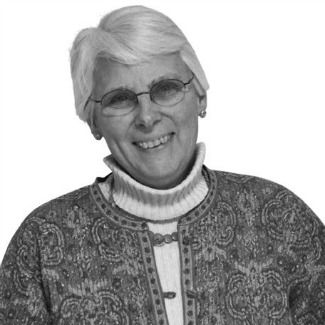 Judy Palfrey ’63 doesn’t shy away from challenges—she tackles them head-on. She attended Bryn Mawr in the early sixties, during the burgeoning Civil Rights movement, before the school allowed African American students to enroll. “I was very distressed about the fact that the school was not integrated,” she recalls.
After wrestling with her conscience, she decided to write a letter to the chairman of the Board of Trustees to speak out about the issue. The school integrated shortly thereafter, in the fall of 1963. According to Palfrey, having the courage to champion this issue, which was so controversial at the time, is “probably the thing I’m proudest of in my life.”

Palfrey approaches every challenge with exhilaration and boundless energy. She spent the majority of her career as a pediatrician, developing community child health and global medicine programs with a specific focus on programs for children with disabilities. She has held many highly regarded positions, including Division Chief for general pediatrics at Children’s Hospital Boston, President of the American Academy of Pediatrics, and Executive Director of First Lady Michelle Obama’s “Let’s Move!” initiative to combat childhood obesity. She also undertook the creation of the International Pediatric Center at Children's Hospital Boston, a global children’s healthcare program. The center facilitates partnerships between Children’s Hospital Boston and hospitals in areas of the developing world to help prevent the deaths of millions of children each year from curable illnesses. “It’s an organizational challenge, it’s a funding challenge, and it’s just really exciting to try to put all of this together,” Palfrey says.

At Bryn Mawr, Palfrey learned the importance of courage and determination in overcoming obstacles. “The idea that if you can put your mind to it, you can do it,” she says, “that was absolutely instilled in us.”
Back