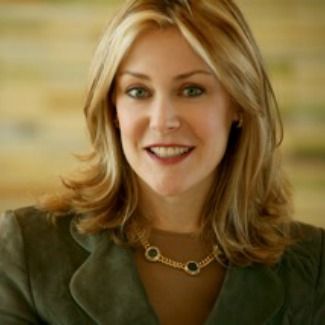 At Bryn Mawr, Heather Murren ’84 cultivated a strong sense of self and a driving curiosity about the world around her. According to Murren, what made Bryn Mawr special was that it afforded students “the ability to explore many areas of interest intellectually and academically.”
"The school really didn’t put any limitations on that,” she explains. “This is what really helps the best ideas to develop and grow.”

Over the years, Murren has called on the lessons she learned at Bryn Mawr to continually — and successfully — reinvent the life she envisioned for herself. She spent thirteen years on Wall Street, where she earned a reputation as an all-star analyst and quickly rose to a senior executive position at Merrill Lynch. In 2002, she left Merrill Lynch to forge a new career path: creating the Nevada Cancer Institute. Murren is passionate about providing top-notch treatment and support for thousands of cancer patients in a state with one of the highest cancer mortality rates in the nation. In 2005, the Las Vegas-based non-profit cancer research and care center opened its doors. “I had done what I set out to do on Wall Street, and I wanted to do something that had more to do with medicine and with helping people who didn’t have access to treatment,” she says.

In 2009, she added yet another impressive accomplishment to her resume: an appointment to the Financial Crisis Inquiry Commission, established by the federal government to conduct a comprehensive review and analysis of the American financial crisis. The resulting report received critical acclaim and appeared on the New York Times bestsellers list.

In all of these endeavors, Murren believes that her success can be attributed in part to the firm foundation she received at Bryn Mawr. “I was surrounded by smart, successful young women in an environment that expected a lot of us in terms of our contribution to the world,” she recalls. “It really allowed us to have big dreams, and also to recognize that there is a path to reaching them.”
Back