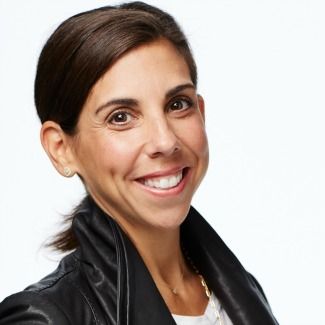 Melanie Lyons Whelan ’95 is a woman on a mission.

When Whelan first stepped into her current role as the CEO of Soul Cycle, the New York cycling chain with a devoted following, in the summer of 2015, the company was on the cusp of embarking on the daunting process of filing its IPO.
Since fitness company Equinox had acquired Soul Cycle, business had been growing at an almost exponential rate. “I started when there were six studios,” Whelan says, “and we just opened our 56th.”

The challenge was formidable, but the opportunity was tremendous. “We realized really quickly we had ‘lightning in a bottle,’” Whelan says. Though the initial idea was for Soul Cycle to serve as an extension of the Equinox business, perhaps with a handful of studios opening each year in established Equinox locations, the overwhelming popularity of Soul Cycle’s unique and inspirational classes fueled an intense public desire for more. “We’ve been opening between 10 and 15 studios a year for the last four years,” Whelan says. “We’ve far outpaced what we intended to do with the business.”

At only 38 years old, Whelan is remarkably young to be leading such an ambitious undertaking – but her credentials speak for themselves. She started her career in 1999 with Starwood Hotels just as the company was expanding significantly. “Their CEO was looking for a strategy analyst to help figure out brand strategy, organizational strategy and optimizations,” Whelan recalls. “I raised my hand and said, ‘I will do anything. I love to work hard.’”

After several years with Starwood, during which time the company acquired several major brands including Sheraton, Westin and W Hotels, Whelan made the difficult decision to leave for a position with Virgin Airlines. The objective was to bring the Virgin brand into the U.S. When Whelan arrived, she was on a team of three working out of a loft in SoHo. “I loved being part of the start-up team,” she says. By the time she left five years later, the team had grown to 26 and the company was ready to move to a permanent corporate headquarters.

Whelan knew by this time that her passion lay in business development – getting the strategies and teams in place that businesses need to grow. So when a position at Equinox became available that offered her the chance to help expand that business, she jumped at the opportunity. Shortly after Equinox acquired Soul Cycle, Whelan became the cycling company’s CFO, and was soon promoted to CEO – a move that prompted Fortune to include her on its 2015 list of “40 Under 40,” the magazine’s annual ranking of the most influential young people in business. “It’s really humbling to have been given the opportunity to lead this company,” Whelan says. “I’m really proud of the team and the organization that we’ve created.”

Whelan credits much of her success to her educational background. A “12-year-girl,” Whelan started at Bryn Mawr in first grade and says fondly, “I have nothing by incredible memories of my time there.” One of the most important skills that she took from her Bryn Mawr education was instilled starting at a young age: prioritization. “In third grade we got these binders that had different tabs and our schedules in the front,” Whelan recalls. “You were thinking about, OK, I have these assignments and these are due this week, and how to pace out your time and do a little bit each night. To start an eight-year-old thinking about these concepts, which are pretty big concepts – prioritization and time management – I think it had a huge impact on me.”

In addition, she appreciated the independence that Bryn Mawr emphasizes through traditions like the fourth grade International Bazaar. “You got to choose your country and then you did your research and represented your country and ran a booth, and there was food and crafts and a report!” Whelan recalls, laughing. “I was so proud that I had done this. I feel like the ownership and accountability that Bryn Mawr places, even on young girls –it’s such an important lesson. You owned your projects, you were proud of the milestones and accomplishments; you were given great guardrails but not micromanaged.”

After graduating, Whelan headed off to Brown University, where she double majored in engineering and economics. In one way, this presented quite a challenge: “Suddenly, I was in a room with 150 people, less than 15 of whom were women,” Whelan says, recalling one of her first engineering classes. But she didn’t let that stop her from speaking up. And today, as she works to shepherd Soul Cycle from a small, local business to a national brand with the following and the finances to match, that skill is still serving her well. “I just kept raising my hand, because that’s how I grew up, for 12 years,” Whelan reflects. “I think you really learn when you’re out of your depth, and we should all always be learning. When you’re comfortable, it’s time to raise your hand for something else. And I really do think Bryn Mawr taught us that.”
Back