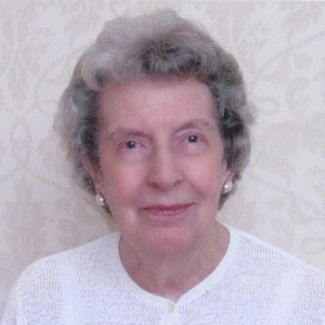 When Grace Beehler ’39 first met T. Rowe Price in person, she remembers him as being “very serious. He wasn’t interested in chit-chatting about social affairs,” she recalls. “He just wanted to hire good workers.”
At the time, Beehler was only a year out of Smith College and freshly returned to Baltimore. She held a bachelor’s degree in economics—a rare course of study for a woman—and wanted to work in finance. Price, recognizing her talent, hired her in the research division of his company. “Mr. Price liked the facts, and that was where I came in,” Beehler says. After more than 30 years in research, she moved to the financial division, where she was the only woman not employed as a secretary or assistant.

Beehler went on to become the head of the analytics section of the bond division, leading the entire data team at T. Rowe Price. Her incredible attention to detail made her a natural fit for the job, and elevated her reputation with the senior management. Beehler recalls a conversation she had with Price on a rare occasion when she had made an error: “He pointed out a mistake in a report I’d done, and I said, ‘I don’t know what I was thinking!’” Beehler remembers. “He replied, ‘Don’t worry about it—you make so few mistakes.’”

Although Beehler learned a great deal over the span of her extraordinary career, she is quick to credit both Bryn Mawr and her father for laying the groundwork. Her father, she says, was insistent that she remain a student at Bryn Mawr, even as money became a concern in the midst of the Great Depression. Bryn Mawr, in turn, made good on the promise of rigorously preparing her for college. “I was incredibly well prepared for Smith,” she says. “We had very bright girls coming from the best schools around the country, but there was no comparison—I was simply better prepared. I certainly owe that to Bryn Mawr.”
Back