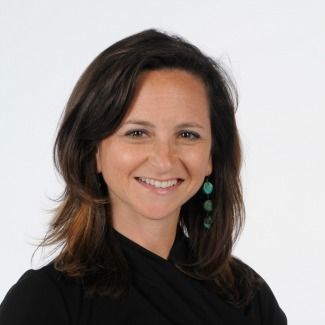 Jessica Berg ’90 knew at an early age that mediocrity was not an option for her at Bryn Mawr. “It was the norm to do well, so that became my norm,” she says. “I wanted to do my best. It was a way of life — it was not optional.”
Though she readily admits that she would not have discerned the connection as a student, Berg now sees herself as living the legacy, following in the footsteps of the formidable, forward-thinking young women who founded Bryn Mawr to give girls the chance to experience the same kind of academic preparation that, at that time, was available only to boys. Berg says that her time at Bryn Mawr gave her a sense of self-assurance. “Bryn Mawr taught me that, as a woman, I could do anything that I wanted to do. It gave me the confidence that I could handle whatever I needed to.”

In 2007, Berg became the Cheif Operating Officer of the Lodestar Day Resource Center in Phoenix, Arizona, an organization that works to empower people to end their homelessness and create positive, long-term life changes. When she took the position, she inherited a $300,000 budget deficit. Now, Lodestar is fiscally stable and growing, and annually helps more than 4,500 people start on the journey to independence and success.

Before coming to Lodestar, Berg’s eclectic career took her from camp counseling to art therapy and event planning. Regardless of her job title, Berg’s goal has always been to help others overcome obstacles and realize their potential — just as she herself did at Bryn Mawr. “I learned not to be afraid to take risks and to do what feels right to me,” she says. “Remember: whenever you are afraid, everyone else is afraid too. If you don’t speak up, you’re cheating the world of a good idea.”
Back