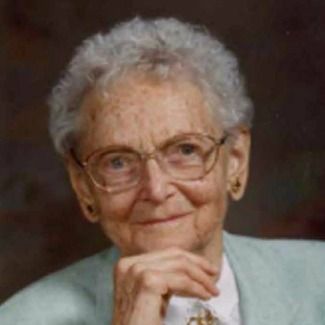 When Dr. Nancy L. R. Bucher ’31 began her schooling at Bryn Mawr, she faced a unique problem: as an only child, she often did not catch common childhood diseases. So, when other children at school became ill, she was kept home. “I loved school, and I loved to go to school,” she says. “I hated being kept home. I would have rather gotten sick!”
That feeling of living to learn characterized her Bryn Mawr experience. In Clare Hardy’s science class, students were given the chance to watch Miss Hardy dissect a cat. “We all had to look at it,” Bucher remembers. “Some people closed their eyes, but I thought it was fascinating.” The experience sparked her interest in science, and set her on a career path that would combine the joy of discovery with helping others.

After completing her undergraduate work at Bryn Mawr College, Bucher enrolled in medical school at Johns Hopkins University, where the burgeoning field of pathology captured her interest. A newly-minted M.D., Bucher moved to Massachusetts, working first as an intern at the Boston University Medical School before joining Harvard Medical School’s Huntington Laboratory at Massachusetts General Hospital, an epicenter of cancer research. There, she began work on liver cell regeneration, the topic that proved to be the focal point of her career.

Bucher became a pioneer in the fields of liver cell regeneration and hepatocyte cultures, earning the Distinguished Scientific Achievement Award from the American Liver Foundation in 2001, among other accolades. At the age of 70, she took mandatory retirement from Harvard Medical School, but she was not yet ready to quit. She moved on to Boston University, where she continued to teach and to do research until the age of 93. “I liked what I was doing. I was interested in trying new ways to solve difficult problems,” Bucher says. “Why would I retire when I’m having so much fun?”
Back