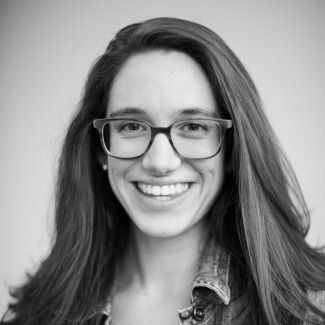 After graduating from Bryn Mawr, Miranda Hall ’07 attended Georgetown University, where she was the recipient of the 2009 McTigh Prize, awarded each year to an outstanding undergraduate who has demonstrated superior achievement in scholarship and service to Georgetown and the community. A lifelong performer and artist, Hall interned at Center Stage in Baltimore before being accepted to the prestigious playwriting program at the Yale School of Drama – one of only three applicants, out of hundreds, to be admitted. She is currently working towards a master’s degree in playwriting.
The arts have always been an important part of my life. While I was at Bryn Mawr I was a singer, a dancer, a writer and an actress. I think my interest in playwriting stems from that intersection of writing and performance. I also grew up in a household where the ability to make a beautiful thing mattered, and the arts were our vehicle for doing that. As I think about what other families pass along to each other, I consider a writer’s sensibility and sensitivity to be my strongest lineage and my strongest inheritance.

The program at Yale is amazing, and it is an extraordinary gift to be surrounded by people who care as much about this work as I do. It’s very energizing to be in a place where everyone understands that you’re trying to do your best. Part of that is just the nature of an academic environment, where you’re invited to pursue what enriches you. I felt that at Bryn Mawr, being surrounded by really smart, motivated and energetic classmates and teachers. It also is surreal to be here. At the beginning of the year, the program kicks off with playwriting boot camp. They invite a legendary playwright and teacher named Paula Vogel, as well as commissioned writers connected to the Yale Reperatory Theatre. That first day, I looked around and realized that the people who got me into playwriting because I read their work and wanted to be just like them were suddenly my neighbors at the table. It was unreal to think I had joined the circle.

It is a big challenge being a woman in this field, because there is a real disparity in theater culture. Women’s plays don’t get produced as often as men’s do, and it’s harder for women’s work to gain the attention and recognition it deserves. Another challenge – one that I’m really excited about – is reframing and reimagining the way that we see female characters on the stage. I really care about creating opportunities for women to do things on stage that we’re not used to them doing. It’s about reframing a lot of our ingrained expectations.

Being at Bryn Mawr really affirmed for me how invigorating it is to think and live and operate across a broad spectrum of ideas and disciplines. It gave me a love of curiosity and inquiry. It also taught me that women matter. Women can be great athletes, musicians, scientists, scholars, performers, historians. Seeking communities of strong women has remained a really important part of my life, and that’s directly due to the incredible people I was able to be around at Bryn Mawr.
Back