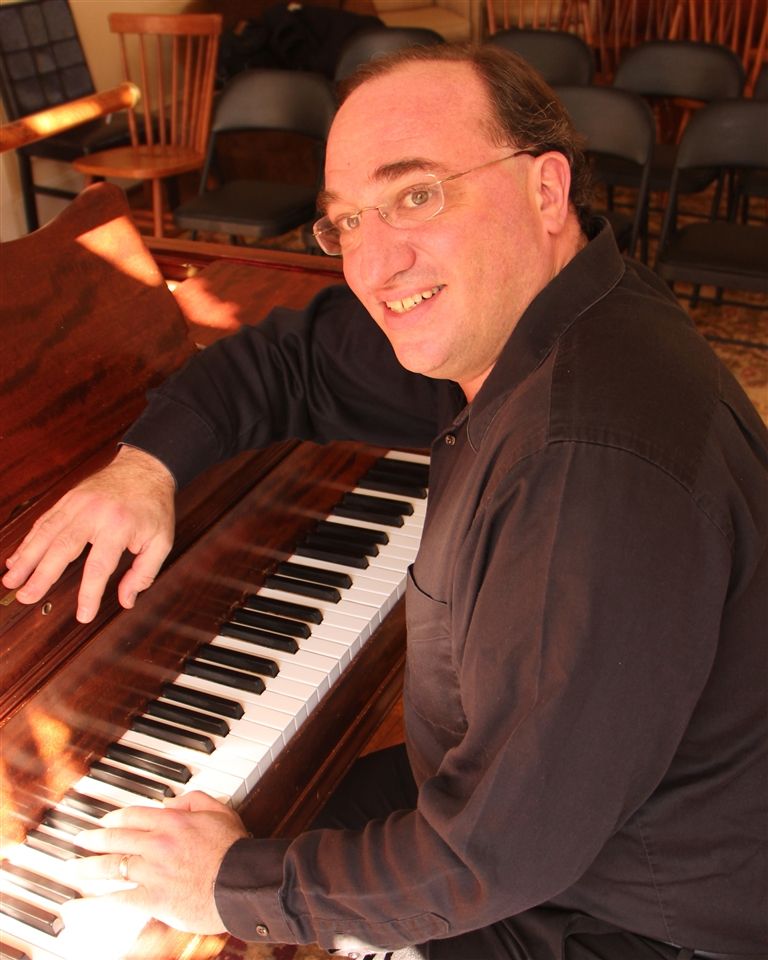 Daniel Weiser, piano, has a Doctorate in Piano/Chamber Music from the Peabody Conservatory, where he studied with Samuel Sanders and Robert MacDonald and won the Richard Franko Goldman prize for outstanding contribution to musical and education life.
He has performed on many great stages, including the Weill Recital Hall of Carnegie Hall, the National Gallery of Art in D.C., and on the Dame Myra Hess Concert Series in Chicago. He has also concertized around the world, including Israel, Thailand, Holland, and France and was the 1996 U.S. Artistic Ambassador Abroad, for which he performed on an eleven-country tour of the Middle East and Asia. He has been on the music faculty of Dartmouth College and the prestigious St. Paul’s School in Concord, NH.

He is the founder of AmiciMusic (www.amicimusic.org), based in both Baltimore and Asheville, NC, dedicated to performing chamber music in intimate venues and non-traditional spaces and to breaking down barriers between performers and audience. He is also the Artistic Director of Classicopia, a chamber music organization based in New Hampshire. He was also a founding member of the Adirondack Ensemble, which won a Chamber Music America award for inventive programming and outreach. He has participated in the New Hampshire Music Festival, Musicorda, and the Apple Hill Chamber Music Festival and has been the Music Director of the Da Corneta Opera Ensemble, the Opera North Young Artist program, and Opera New England. A phi beta kappa graduate of Columbia University with a degree in American History, he also spent a year at Harvard Law School at the same time as President Obama.

Dr. Weiser now lives in Baltimore with his wife, Dr. Kisha Weiser, and their ten -year old twin daughters, Emma and Sophie, who attend the Bryn Mawr School.
Back