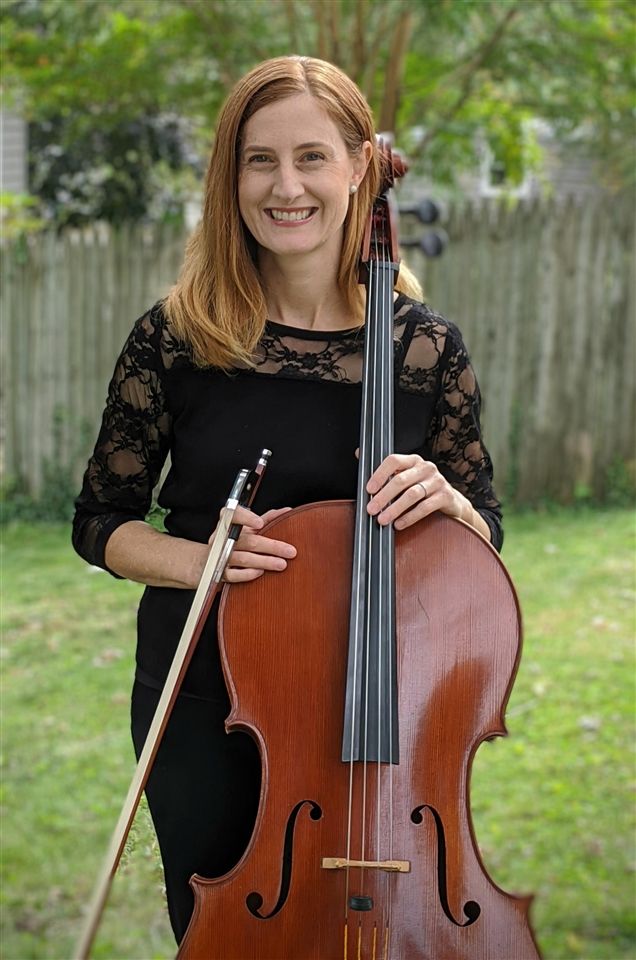 April Chisholm Studeny's music career spans both coasts. First in Eugene, Oregon where she earned a Bachelor of Music from University of Oregon, then a Master of Music degree from University of Michigan.
She performed in music festivals in Aspen and Breckenridge, Colorado, and at the Blossom Music Center in Ohio. Later, she performed with the Civic Orchestra at Chicago's Symphony Center. Residing in the Baltimore area since 2007, April performs regularly at the Strathmore Music Center with the National Philharmonic and at Maryland Hall with the Annapolis Symphony.

April has over 20 years' experience teaching the cello. She has taught at the Music Institute of Chicago, several suburban Chicago music schools, the College of Notre Dame in Baltimore, and at Bryn Mawr School.   An active member of the American String Teachers Association, her students have been selected for All State Orchestra and have led their sections in All County Orchestra.
Back