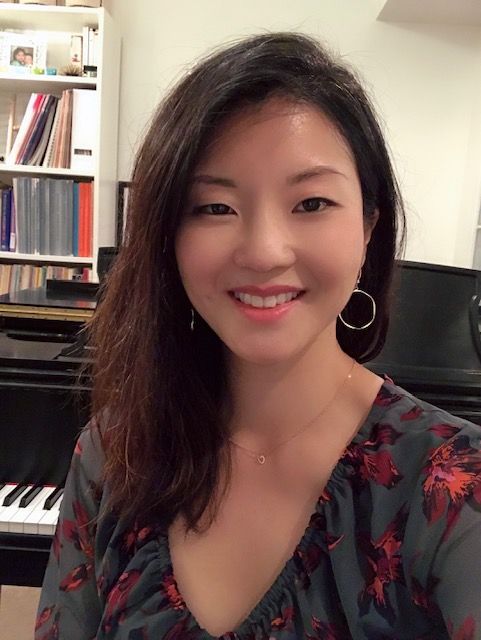 The Leipziger Volkszeitung has hailed Christine Kim’s playing as “engaging and expressively colorful.” Dr. Kim made her first major piano debut at the age of fourteen in New York City’s Weill Recital Hall at Carnegie Hall. Since then, her performances have spanned international venues including halls in France, Germany, the Czech Republic, and Russia.
Dr. Christine J. Kim holds a Doctor of Music degree in Piano Performance from the
Peabody Institute of Music, a Master of Music degree and Performer Certificate Diploma
from Northwestern University, and a Bachelor of Music degree from Indiana University.
While at Peabody, Dr. Kim was under the tutelage of Professor Yong Hi Moon as a Se
Ung and Hee Soon Kim scholarship recipient. Dr. Kim has also been the recipient of the
Dorothy L. Pound award, the Eckstein Fund award, and the William Nerenberg
scholarship during her graduate years. Other teachers she has studied with include Dr.
Sylvia Wang, Dr. David Kaiserman, and Professor Edmund Battersby.

Dr. Kim currently serves as faculty member at the Bryn Mawr School in Baltimore, MD
and also runs her own independent studio. With over 20 years of private teaching
experience, she has worked with all ages and levels. She is currently the Music Director
at Magothy United Methodist Church in Pasadena, MD and previously, she has served as
piano faculty of Peabody’s Preparatory Division (2008-2011).

In her spare time, Dr. Kim enjoys running, reading, and spending time with her husband
and three children.
Back